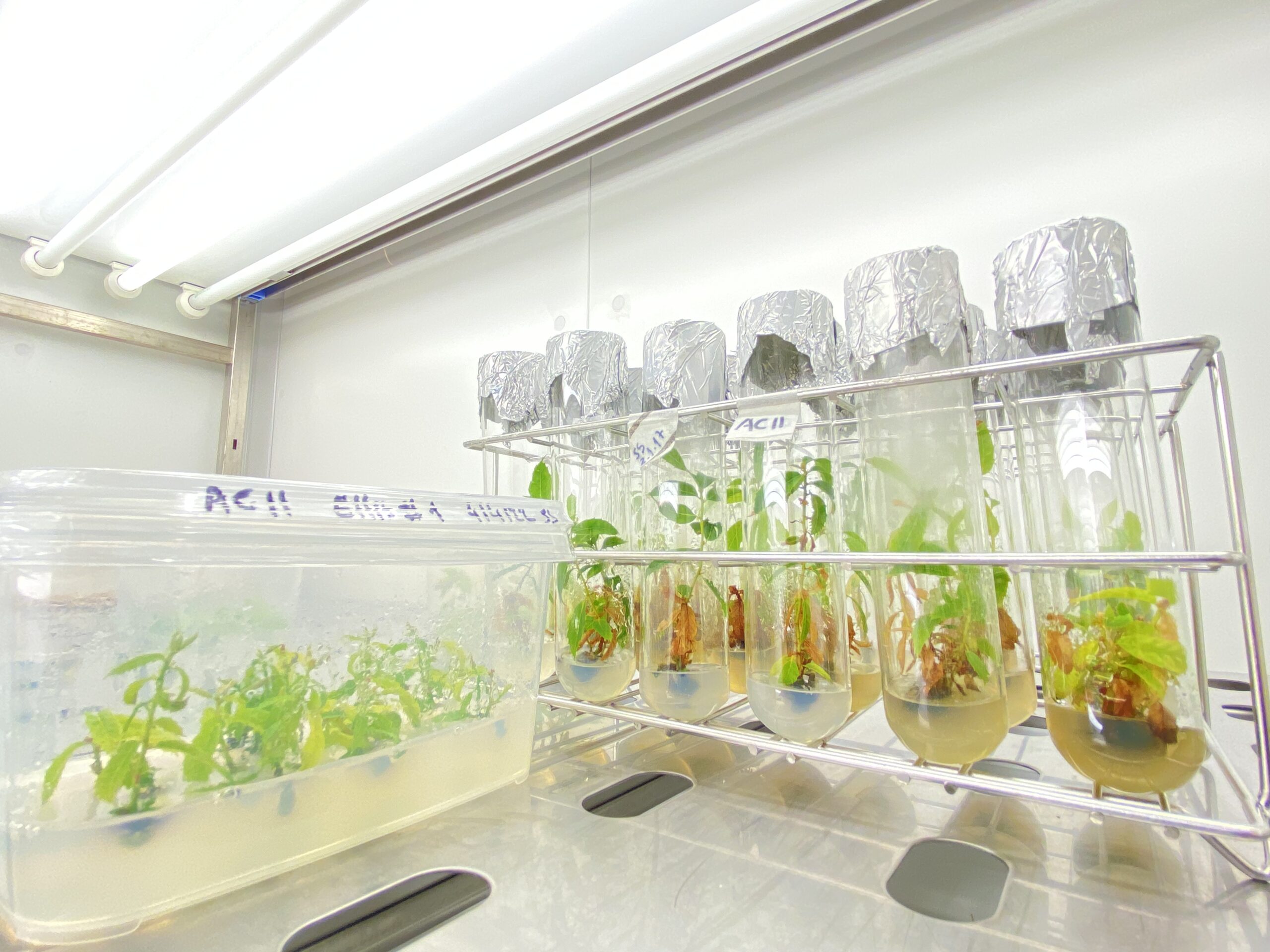 Posted at 15:32h in News by Marco Soares

At the Faculty of Sciences of the University of Lisbon (FCUL), genes that are potentially involved in resistance mechanisms are identified and their expression is recreated in Arabidopsis plants (a model plant) in order to test their effects on resistance to phytophthora.

Inside Aralab growth chambers, Arabidopsis plants – of fast growth and easy reproduction – allow to evaluate in a short time what would take decades in chestnut.

The work already revealed several genes whose expression considerably increased resistance to the Oomycete, which is complemented by various tests (genetic, cellular, physiological) to ensure that the development patterns of the plants do not change significantly.

These works generate relevant knowledge about the mechanisms of resistance to pathogens and constitute a possible tool to, through genome editing techniques, increase the resistance of our chestnut tree and generate new plants with the economic and environmental impact that may result from it.

Another beautiful example of Science at the service of agriculture, culture and economy.